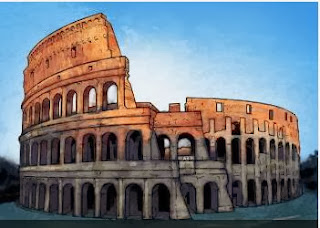 Earlier today on the radio I heard reporters talking about the public Feud between Miley Cyrus and Sinead o’conner.

She said this and miley fired back with that. Who cares!

The most interesting thing I took away from the report was a comment, an aside that was completely glossed over or ignored by the others.

One reported asked the obvious question, why didn’t Sinead just send a private email instead of addressing Miley in public. Then came the comment that I thought was actually far more important than all the Blah, blah, blah before.  Another reporter responded, “Isn’t that just the way we do things now,” or in other words aren’t all of our struggles and trageties, victories and vices played out in a public arena…aka on social websites.

I realize that's a broad, sweeping statement, but not without some truth.

What we see on the internet reminds me of something that destroyed my neighborhood. A few years ago, a wife of one neighbor had an affair with the husband of the neighbor directly across the street.  When the story broke, that was all the neighbors would talk about. You would see them standing on street corners whispering to each other the latest juicy details.  Suddenly, My beloved neighbors that were once best friends, turned into drama hungry patrons. They reminded me of the citizens of ancient Rome that would stand on their feet and cry for blood when a innocent christian was thrown into the arena with ravenous lions.

In the end, the public drama Divided and destroyed my neighborhood and I believe watching people publicly sling mud  does the same thing to us a society… and clearly, we don’t need anything else to divide us!

i love social media and all the ways it helps us connect but I also think it can make us a more cynical, segmented and separated people  when everyone airs out their dirty laundry on it.

We are not the citizens of rome. I’d like to think that we’re better and we have the ability to build not just watch as others self destruct or are destroyed.

What do you think? I’d love to hear. Leave me a comment and I’ll get back to you. Thanks for stopping byJ