Why is everyone so MAD?

I'm writing this post from America and as most people know we are in the middle of a presidential impeachment trial right now. While it is not the only thing of importance happening in the world, social media is littered, sometimes as trashed as a California freeway, with comments, opinions, slanders, and other forms of reaction to what is happening politically in the US. Let me be clear, this post is not about politics. This post is about people. 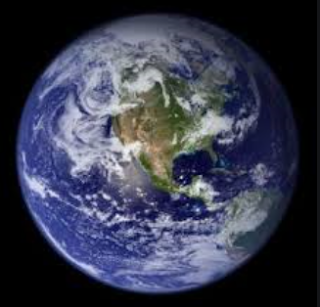 So, I mention our US political strife because it is symptomatic of an emotional plague that is sweeping, not just the US, but it would appear other parts of the world as well. What name can we give this plague. There are many, but I call it the Angry Plague. In short, people, for whatever reason have drawn a line in the sand, picked a team, chosen a stance, and most of all love to pissed off at anyone who feels differently.

It strikes me as odd really, that in an era where uniqueness and diversity is supposedly celebrated, we have decided that while outwardly we'll be cordial, but then behind the anonymous cloak of the computer screen we turn into frothing, criticism hate monsters. Worst of all, this draw-your-sword-and-get-ready-for-battle philosophy has moved outside the confines of our online lives to our dinner tables, and has seeped into holidays and social events, further alienating us from our own species, not to mention our friends and family.

After watching this phenomenon for a while, I had to ask, why? Why are so many so darn angry and looking for a fight. So I did a little experiment. I started lurking around Quora and Reddit watching the patterns, noticing what set people off. I talked to family and friends about why they were so quick to back their particular tribe whether it be politics, or ideologies. Here are a few things I noticed.

1. Most online threads that started with civil discourse, quickly(usually within five comments) degraded to name calling and cruel attacks. Once everyone stated their point, and took their corners, no real conversation or exchange of ideas followed.

2. In most online debates/arguments, rational thought goes out the windows. Everyone has a point to prove, but very few people if any are asking legitimate questions to learn more. In other words, there is far more talking than listening. Once, I ask someone to tell me why they felt so passionate about a particular topic in a Quora thread. They ignored my question and went on bashing others views on forum.

3. When someone disagrees with a given point, it quickly spirals into belittling behaviors or name calling.  Then tempers flare, and it gets really mean.

4. Finally, I noticed that the general philosophy out there is that if you don't agree with the person who makes a comment or attacks, that you must be stupid, or a lesser individual.

So why are we so mad? I don't know. There is lots injustice in the world, people are hurting, but I don't think that is it. I think that for alot  reasons is easier to be mad, and because we don't see the repercussions right away, we don't feel the consequences of our thoughtless and cruel banter online and even in person. Imagine if we spoke to our spouses or friends the way we talk to faceless strangers on Social Media. Our marriages and friendships would fail, sooner than later and our misery would mushroom and grow.

But the thing is, when we show no respect to others, when critique and belittle, we are hurting each other. People have been disgruntled and angry forever, but in days gone by we were taught to show general respect for one another. Here's a fun idea, go on line, and try to build up someone, not because they agree with you, but because all this anger is poison, and we in many places including on social media and drinking it up in gulps.  Here's another idea, next time you feel compelled to verbally punch someone on line, imagine punching them in the face. It is the same.  All this rage. All this division. Like a poison, I really believe it will kill us, at least the love we share on this big beautiful blue planet. And no one, no politician, no ideological leader, no small group of people can fix it. We, a the human race must decide that we can disagree, but still work together respectfully. Anyone else think this would be a good idea? Anyone else have suggestions, disagreements, or can add to these thoughts. I genuinely would love to hear!

Posted by Angela Carling at 9:56 PM No comments: