The next few months on my blog is going to be mostly about my upcoming book and the start of the Traxx series. I'm super excited to introduce you the characters of this far-reaching tale. Traxx is a totally different take on a post-pandemic society, one that I hope will leave you thinking about what the country of Aritrea gained with a new way of life, but also what its people lost when they gave up their foundations and freedom.

Let's get started. Today I want to introduce you to Jonathon Flint, the mastermind and initial architect of the Back to Basics concept and the Traxx lifestyle. In the book Traxx, the setting is as much as character as the people, but we'll save more on that for later. The first thing you need to know about Jonathon Flint is that his father is a brilliant virologist and immunologist and even at the age of sixteen years old, Jonathon was in college following in his father's footsteps. His mother is a socialite, practically married more to her social media than to Jonathon's father. His mother and father have a profound affect on Jonathon's thought processes and he soon develops a hatred of social media and is drawn to the power of science. 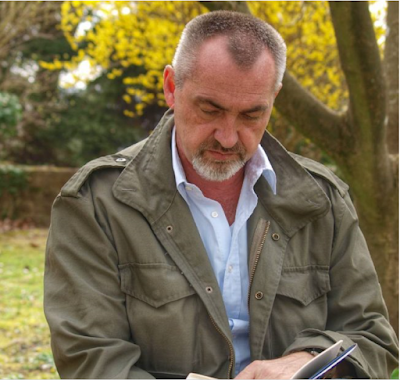 When the story of Traxx begins, Jonathon is in his early eighties and one of Eleven leaders who rule Aritrea, along with his lifelong friend Levi Cantrell. Don't be fooled by his age, Jonathon is a character carved by tragedy, and a warped view of the world and those who should lead. He's a powerful man who values the same self-control that he expects of his people. And, he has a lover, a fellow leader that he has nurtured along for generations.

What do you say about Jonathon Flint? He's the guy that changes the world, but is it for the better? He thinks of himself as a savior. Meet him officially on December 1st when Traxx, book 1 launches and see what you think for yourself.

Posted by Angela Carling at 7:45 PM No comments:

The Date is Set!

It's been a long time coming. What am I talking about? A new series I've been working on for years. Literally. The name of the series, Traxx, and I'd like to introduce you to the world of Traxx amd tell you that Book 1 in the series will be published in Early December! I'm so excited to share this phenomenal story with you. You might find Traxx to be a cautionary tale of what happens when desperation leads us take whatever leadership is presented to us. You might find that you love the way the citizen live on the Traxx system and you wish we could live like them.


In the next few weeks, I'll be introducing the characters, and stories that will bring into the world of Traxx, and give you a peek into the lives of Jetta Banks and Montana Tanner, two people brought together that will change the course of the history in the country of Aritrea. For now, here is a symbol that represents a major change in the way people lived in Aritrea. Try and guess what you think it means.

Stay tuned....so much more is coming. Until then, I hope you all are doing well. I love my readers!
Posted by Angela Carling at 5:18 PM No comments: