A Time For Healing 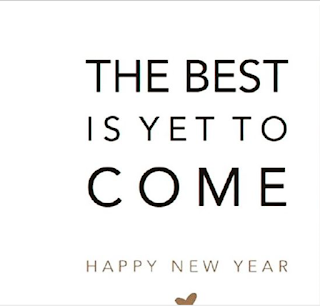 In this the first month of the new year we have a chance for new beginnings. Yes, nothing but the calendar has changed but we as human beings have the unique ability (compared to those in the animal kingdom) to change our lives if we don't like the course we are on. We are innovative, creative and most definitely do not have to be defined by anyone or anything past or present.

What an amazing gift this is, that if we don't like the way were were parented, we can do better. If we are unhappy in our jobs we can leave, get more training or if nothing else choose to be happy.

Sometimes I think we forget this, that each of us when moving in the same direction can be a powerful force for change. Taking these truths into consideration, I've thought a lot about last year and some of the things in our societies that are not good, that need to change.

One  that has weighed heavily on me is the separation and aggression between different races and religions. In the news, there has flashed angry scenes on Televisions and computer screen of black against white, faith killing and belittling other faiths and the people in them.

During a TV interview one African-American woman while justifying looting and destroy property  said, "I'm here with my people defending their cause." What bothered me most is how she talked about "her people".

What people? Black people, poor people, people who have faced injustice and heartbreak? As far as I can tell all of us have the same color blood running through our veins and we all feel pain, betrayal and host of other terrible things at some point.

Please don't think for a minute that I don't see differences in our races, religions, sexual orientations  or socioeconomic status. I acknowledge that some groups of people have been mistreated including members of my own faith. Early members of my church were driven out of every place they settled, robbed, raped and mistreated. Yes, I am a part of them but they are not "my people" in an exclusive sense. Just like everyone else I am bigger than a color or religion. I am part of a beautifully diverse group called the Human race.

I doubt a person would look over a stunning field of wildflowers with it's hues of red, purple, green and whatever other color nature could produce and say only red has value, all the others should be abhorred. No, we'd go out and gather not just  diversity of color but shape, some with wide bursting petals, some flowers with conical shapes and others that delicately drooped from their vibrant green stems. We would never say, we should separate the yellow one  and discard the rest because each flower compliments the others with their differences--not to mention they literally need each to propagate and survive.  Most importantly we would never say, lets mow down this field and put in cement because it is uniform.

Well, I guess someone might, but I think it would be tragic.

What I'm saying in this unusually bold post is that in 2016 I hope we can find a way to stop dividing and degrading, separating and slighting. It is my most tender hope that there can have more healing and less anger, more respect and less indigence. We have healing to do but we never begin to mend  until bitterness fades and love for our fellow man takes hold.

My people, your people, the human race we do have this within us and so this is my wish for 2016 and I'll do my best to do my part.
Posted by Angela Carling at 11:01 PM