I hope your weekend was good. To start your new week, I'm so excited to catch you up on my writing progress this week. I hit 40, 754 words this week!! Anyone want to take a guess how many words I'll end up with? My hunch, somewhere near 47,000 but we'll see. So, one of the most common questions after someone reads one of my books is, where did you come up with the idea for (insert book here) Today, I'm give you the skinny on what prompted Five Days Five Kisses. It'll will be fun and then if you read the book, you'll know all the secrets about Maya, Liberty and most importantly, Nikola and what started it all. 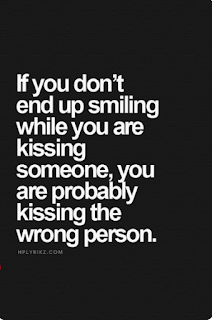 The concept of Five Days Five Kisses began over two years ago.  I was on my way up to sixth grade science camp with the entire sixth grade but was particularly responsible for my daughter and her two besties Lizzy and Kali. Around the same time, I'd been cooking up some new characters.

Watching my daughter with her two best friends got me to thinking about how our friends, especially our best  friends make our lives both better and sometimes not so great.

That's how the characters of Nikola, Liberty, and Maya came into existence. Each girl was distinctly different and lovable in their own unique way just like my daughter'ss two best friends. Our first night at camp, we all went back to our cabins to sleep. My daughter and her friends, plus another four girls nervously climbed in bed. For some of them, this was their first time away from home. Plus, the woods were full of terrifying noises and even more heinous, six grade boys that were sneaking out of their cabins and terrorizing the girls' cabins. I had to do something to soothe the fettered nerves of the girl so I decided to tell a story. It couldn't be a scary one. It had to make the girls laugh and most importantly, it had to have an awe moment. Girls, you know what I'm talking about.  Boy kisses girl in a tender and unexpected way. We all say, awe, because we think it  is soooo cute. 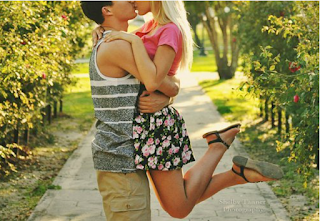 Anyway, I had each girl lay down and tuck themselves into their covers. Using the characters that I'd been creating for a few days I  began to tell a story of three best friends, one of which gets dumped on graduation day and the other two girls come up with a crazy five day plan to help her get over the guy who dumped her. As I wove my tale the girls became quiet but attentive. Soon they were leaning over their beds listening to every words. When I got to the end of my story, I heard not just one but several awes and at least one, that's so cute. At that moment, I knew I had a story worth writing. Two years later and with lots of adjustments and details added Five Days, Five Kisses is almost complete.

Oh and my daughter and her friends, they are firmly in the throes of young teen crushes and girl drama. Sigh...Until next time.