I recently finished my kickoff blog tour for Becoming Bryn. It was lots of fun and we stopped at some of my favorite bloggers, plus some new blogs that were amazing. Today I thought I'd share one of the unique posts put together just for the tour. It's a written but never used scene from Ethan's perspective at one of the most critical turning points in the story. Also, as you read the scene, don't worry. What might look like a tragic ending is really just a beginning:) Enjoy! 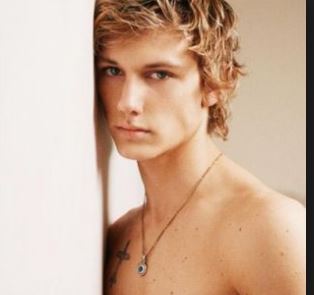 “Hey Ethan,” I heard someone say as they pushed by us in the crowd. By the time, I figured out who it was, all I could see was the back of their head. There had to be two hundred kids from our school waiting out in front of the haunted corn maize, but there was only one person I cared about seeing and that was my best friend Jesse.  I knew it was terrible that I had actually convinced my date, Kylee, to go to the corn maize instead of the movies but I was just hoping to get another glimpse of Jesse in her medieval Halloween costume. Jesse would’ve called Kylee “my girl of the week.”  The way this date was going, we wouldn’t even make it through the night together.
Still, that wasn’t Kylee’s fault. It was mine. I couldn’t stop thinking about Jesse and how it felt to hold her as we danced the night before at the school dance. I’d known Jesse forever, but lately things were changing between us. Lately, a meaningless date with a girl of the week wasn’t enough. All I wanted, all I thought about when I was with someone else was Jesse and how it would feel to finally kiss her.
I turned my eyes toward the packed dirt driveway that served as the entrance to the little farmer’s market and the corn maize behind it.  Cars were turning in one after another and as they moved up in line, I spotted Jesse.  It was hard to miss her. She was standing on the passenger’s seat with half her body below the sunroof of their little four-door Honda and the other half sticking out above. Scanning the crowd, she smiled and waved while her twin sister Bryn waited her turn the car into the parking lot in front of me.  I could feel the warmth of my date’s hand lightly clasped in mine, but I couldn’t take my eyes off of Jesse. It was completely out of character for her to be out of her seatbelt, let alone hanging out the sunroof acting like a drunken college student.  Still, I knew it was Jesse. She was wearing the medieval costume we’d bought together only a few days earlier and I knew she would never let her twin sister Bryn wear the costume that had meant so much to her. It was odd enough that they were even spending time together, considering how strained things had been between them in the last six months.
I focused intently on Jesse’s Honda letting all the noise around me fade. That’s when I first noticed another car barreling in their direction from behind. That’s when time became heavy and slow and everything began to feel disjointed. In seconds, the reckless driver plowed into them without any sign of slowing or recognition that they were even there. Without even realizing it, I shook off Kylee’s hand and with both arms out like a shield in front of me, I began pushing through the crowd towards the road. The adrenaline surging through my veins made me feel superhuman somehow, leaving me believing I had some shot at saving Jesse.
For one second, I saw her body flung forward like a ragdoll, limp and helpless, slammed against the car, yet held to it by nothing but her legs still stuck inside the car.  With deafening clarity, my blood pounded in my ears. One heartbeat, two heartbeats and then I watched as Jesse’s car was shot out into oncoming traffic, directly into the path of a massive cement truck coming at them, head on. Instinctively, desperately, I tried again to move the people that stood between me and Jesse but in the wake of the accident, chaos had broken out and I was pushed around as we all struggled to see what was happening on the road. It was at that moment, the very second before Jesse’s little car was struck by the cement truck that proudly bore the phrase “Rock Solid” on the side of its cab, that I realized I couldn’t save her. Jesse was going to die and I had to watch knowing that Jesse would never know how I felt about her.