Why I Dedicated Shackled to my Sister 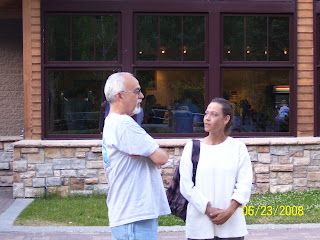 
I’m very excited about this book, but today I don’t want to talk about the plot or characters. I want to write about the "why" of this book and I can start with the dedication.
The dedication reads: To my sister who was brave enough to throw off her abusers Shackles and make a better life for herself.


I chose this dedication because, like many kind and loving women, in her late teens, my sister found herself in an extremely abusive relationship. As with most abusers, her boyfriend hid his sick, controlling behavior until she was already invested in the relationship, pregnant with his son.  Unfortunately, he was only passing on what had been taught by own abusive father and alcoholic mother.


She once told me that while she was pregnant with her abusers son, he had her lay on the kitchen floor defenseless. He then beat her so badly that the chair broke over her chest.  She had several broken ribs among other things. Amazingly, her son survived and although the physical scars healed, her self-esteem was pulverized.  I visited several times while she lived with this idiot. ( I didn’t know he was hurting her or I would  have hauled her out of there myself). Once she got a job, her self-esteem began to recover and she began to see a way out. Finally, with my Dad’s help, my sister was able to get away and get a restraining order against her boyfriend.  Why did I dedicate the book to my sister? I did it because she broke the powerful chains of an abusive relationship, and in my eyes, that makes her a superhero. That being said, my greatest hope is that we, as ladies, are wise and educated and never fall victim to the cowardly behavior of an abuser. Instead, I hope you find a boy like Mason (a deliciously hot and oh so caring boy from Shackled), and that we don’t give those abuser boys power over us ever, ever, ever again! Thanks for stopping by!
Posted by Angela Carling at 9:49 PM