Do our Media Dads Mirror our Real Ones? 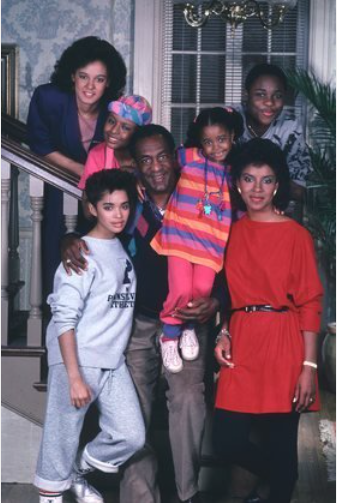 Do our media dads mirror real dads in society?
I grew up in the Cosby era. For those of you missed that, the Cosby show was a sitcom that seemed to enchant us all. They were African-American, educated, dual working parents that above all loved their family.  Mr. Cosby, while a little on the sarcastic side, always took the time to sit with his kids, even if just to lecture them on their own stupidity.

Ahh, those were the days.

He was the first to break away from the authoritarian mold of the nineteen seventies, to talk to his kids with candor and even humor and we ALL LOVED HIM.

Fast forward thirty years or so. What about now? What does a good TV dad look like today?  On Arrested Development, Mr. Bluth, while disturbingly dysfunctional loves his crazy family.  Or we could look towards the show Parenthood where there are a slew of dads to choose from.  Some aren’t so great(a deadbeat musician dad), but the greatest of all is the doting patriarch of the family that calls his kid’s kids, granddaughter or grandson and does it in a way more endearing than if he’d called them sweetheart.

Yep, good TV dads are still hanging around and I believe that the real fathers in today’s society they are both better and worse than the dads of years past.

Me myself, I think dads are important, critical even. Maybe that is because my sister and I were raised by a single father.  He did everything from earn the money to the dishes, to wiping away our tears when some insensitive boy broke our hearts. This father’s day, I can only pay respect to him by saying that if all fathers, TV or real, were more like him, the world would be a better place!  Thanks Dad. I love you!