The Origan of the Secret Keeper Curse! 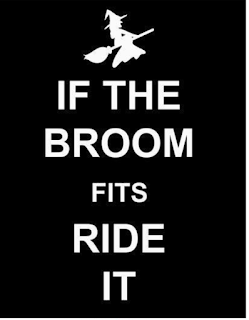 About a week ago I finished the manuscript for the prequel in the Secret Keeper series. The novella will be called Belakane, named after the powerful enchantress that first conjured up the hideous, life-altering curse that Winter Merrill stumbles across in book one of the series aptly named, The Secret Keeper. This intense little novella takes place in 1692 in Salem Massachusetts in the middle of the witch trials and introduces some of the characters that will be in book three, including Belakane's familiar, a pure white cat named Sprite:)

If you are new to the Secret Keeper series...it is so heart-pounding fun and I'm super excited to be preparing another book to add to the story! 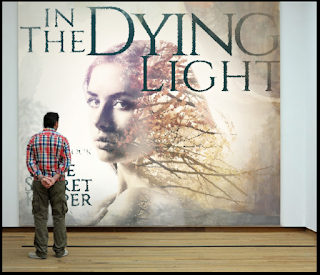 Here's the link if you want to read a little more about book 1 and 2 (In The Dying Light). I think Amazon still has The Secret Keeper for .99 if you want to pick it up!

Anyway, Belakane is coming and after you read her story, you'll never see the series the same way! So as a sneak peek, I'm putting an excerpt in the post and telling to you keep your eyes out for the cover reveal coming next month!

After the final prayer, I stood and smoothed down my black dress trying to look unhurried. The thing last I wanted to do was call more attention to Martha by rushing out to her. Tension from the reverend’s scathing sermon still hung thick in the air. This kept people from socializing too much and I was able to scoot past them in the main isle.

Once outside in the warm sun, I scanned every inch of the church property looking for Martha. I found her tucked near the east wall of the  church beneath the vivid green canopy of a maple tree. She stood bent over Mrs. Smith who’d fallen to her knees on the weedy grass. Mrs. Smith’s face was red from coughing hard and her mouth was drawn tight into a contemptuous frown.  Martha’s eyes were also rimmed red and she rested her hand on Mrs. Smith’s back trying to console her.

Before I could intervene, the angry woman turned and glared at Martha. “Get your hands off of me.” She barked squirming away from Martha like she was a contagious disease.  Martha lifted her hands holding them palm open in front of her, but didn’t back away.

“You have to know. I would never hurt you.” Martha’s voice dripped with worry.  “I came out here to help you.”

Mrs. Smith turned not just her gaze but her entire face away from Martha. Other parishioners noticed the two women and stopped to watch the spectacle.

The more Martha tried to persuade her her, the more hysterical Mrs. Smith became throwing her arms about like she was swatting some invisible foe.

“I felt the devil on my chest in there and I know you know sent him to choke me!” Somewhere between the first cough her confrontation with Martha, Mrs. Smith had pushed aside good Puritan self-restraint and was emotionally explosive.

Martha’s lips twisted up tight and her glistening eyes let me know she was on the verge of tears.  Months ago, people might have dismissed Mrs. Smith’s crazy ravings. Everyone knew she was a disagreeable lady, but now everyone in town was on the lookout for witchcraft, and no one wanted to be connected to it, falsely accused or not.

I rushed to Martha’s side. “Come now and let Mrs. Smith alone,” I said hooking my arm through Martha’s and pulling her in the other direction. I had to get her out of there before things escalated and she ended up with a noose around her neck.

Her daughter stood with the other curious onlookers. Her brow furrowed and her hands clung to fistfuls of her long dress.  Martha resisted me whisking her away, watching over her shoulder as I pulled her along until we were past the small crowd. Alice followed closely--without having to be told to keep up.  Behind us, I heard Mrs. Smith fuming about witches and evil incantations.

If magic hadn’t gotten me in trouble in the first place I would’ve gladly left Mrs. Smith suspended from a tree branch just to shut her up.

Once our little group was a good distance from the church, I let go of Martha. I thought she’d berate me for my stupid prank; that I might receive a well-deserved lecture on treating others kindly. Instead, she stopped in the middle of the road and stared up at the sky. Little tracks left behind by her tears made her look so fragile, so vulnerable.  Ever since her husband was taken by smallpox, I’d wanted to take her and Alice far away to a more peaceful place but realized that would punishing her as well. Martha loved the people of Salem and even in the face of criticism would defend them.

For a long moment she stared at the church in the distance and people that were no more than moving blurs of color from where we stood.

“She called me a witch,” Martha said. “She thinks I’m evil…like the devil himself.”

The hurt in her voice made my throat tight. Her daughter was quick to wrap her arms around Martha and press her soft cheek against her mother’s.  “It’s okay mother.” She soothed even though her little face was still filled with tension.

I joined Alice and wrapped my arms around them both feeling terrible about my impulsive behavior.

1111111111111(does this pull us out)It was a witch’s lot in life to feel more strongly than mortals. More remorse. More love. It also meant, that like my mother consumed by anger, emotions could drive our magic and the decisions we made with it.

“See, I told you I shouldn’t go to church.” I said lightly. She didn’t laugh. Instead, she grabbed my wrist and held it surprisingly tight.

“Promise me you’ll take care of Alice if they come and take me.” The tremor in her voice gave away the depth of her fear. It didn’t surprise me. The people of Salem were looking for the devil everywhere and in everyone since the witch trials began. She was vulnerable. We all were.

She interrupted. “Not long ago we’d watched our neighbors Sara and Ruth hang like criminals. People are scared. They don’t understand the powerful gift you have from God. They will kill me and they will kill you.”

Her grip tightened and her nails pressed against my skin. “Promise me,” She repeated.

I closed my eyes and let myself feel the balmy summer breeze brush across my cheek. I savored the sensation the closeness of our bodies as we clung to each other. Never before had I loved a mortal like I loved Martha and her daughter. The tightness in my throat was almost unbearable. With a deep breath, I pulled back and let Martha see my solemn expression.

“I will never let them hurt you.” I promised.  “And I will always take care of Alice.”

Alice let go of her mother and threw her arms around me. In front of the religious community she had to remain quiet, almost emotionless but she knew it was safe to be herself in front of me.

Once I’d made my promise the mood lightened. Martha’s lips curled up in a sheepish grin. She turned and began walking again. “You’re probably right.” She said. “You probably should’ve stayed home. Lying about you being sick would’ve got me in a lot less trouble.”

With my arm slung around Alice shoulder we walked side by side down the dusty road towards home.

“Can we look for blackberries today?” Alice asked with no residue of fear. If only everyone could learn to let things go that easily.

“No,” Her mother chided using the same tone of voice she’d used on me before church. “Hiking in the forest on Sunday would break the Sabbath.”

Soon the chatter turned to gathering berries the following day, but my mind lingered on Mrs. Smith. She’d been known to act on her anger, starting rumors and breaking up friendships. I’d seen the venom in her eyes and the lingering pit in my stomach told me that Martha’s trouble was just beginning.

Posted by Angela Carling at 9:04 PM