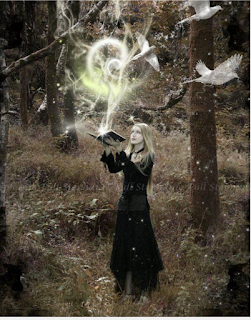 Now that book 2 in the Secret Keeper Series (IN THE DYING LIGHT) is released, I get to put my energy back into writing. Originally, I only intended to write three books but the longer I worked on book three, the more Belakane, the enchantress that created the Secret Keeper curse, came to life-begging to have her own story told.

Well, she gets her wish. Belakane, the novella should come out right around the same time I publish the final book in the trilogy.

Because Belakane takes place in 1692 in Salem Massachusetts during the heat of the Salem Witch trials I've been doing a ton of research on the era. It was a crazy time in history, better than fiction and I've loved studying it. Thank you Google!

For your enjoyment, I've made a top ten list of reason's you might be accused of being being a witch in 1692. 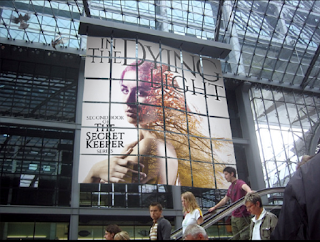 Also, just this week you can pick up the first book in the Secret Keeper series for FREE, FREE, FREE....AND BOOK 2 IN THE DYING LIGHT FOR .99shiny pennies cause it's part of a summer sale. Here's the link to catch that awesome deal. click here

1. You have unique moles or scars(this is the devils mark)
2. You mutter to yourself(this means you are casting spells)
3. You are fond of or close to an animal, particularly a cat. They call your animal a familiar and think you use them to cast your dark magic.
4.  Milk or buttermilk has spoiled while in your "cooler"
5. You are female
6. You are related to or associated with a accused witch
7. You are contentious or stubborn (Men could be forceful, but if a woman was...she's a witch:)
8. You are in a "low" social position
9. You couldn't have children or were widowed(clearly you were being punished by God)
and finally...
10. You were middle aged.

Whew, I'm glad I didn't live back then. I'd be in trouble for sure! Thanks for stopping by and don't forget to grab your free copy of The Secret Keeper on Kindle, Nook and I-books and In The Dying Light for .99cents!