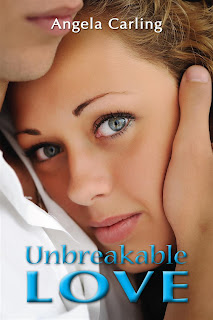 Some of you know the story of how my first published book, Unbreakable Love came into being, for those of you who don’t here’s a quick synopsis.
My son Kyler was placed in a class exclusively for gifted kids. Yeah, he’s smart. He gets that from his dad! The thing is, he also has a processing disability. This meant that he was in a classroom with a bunch of burgeoning rocket scientists, most of which do not have a disability. One day, as we worked on a project together, he told me, “This is so hard. You’ve never done anything this hard,” Yeah Right!! But then I realized he didn't see me go to college or do a lot of hard things. Thinking about how you always respect the PE coach that plays with you instead of yelling at you from the sidelines, I proposed a radical idea. I would do something really hard along side of him. I would write a complete novel and send it out to publishers.  If someone was crazy enough to publish my work, then so be it.  So I did. As Kyler whittled away in his crazy hard class, I wrote for an hour each night to finish what is now Unbreakable Love.
The good news…Kyler and both survived.  Now, I have two published books, Shackled and Unbreakable Love and another one called Beautiful Deception that is complete and I’m trying to decide how to go about publishing it. Next post, I’ll post some teasersJ
So what next, you might ask?  I’m so excited to announce that I’ve begun work on a sequel to Unbreakable Love. Yep, my sweet, romantic first novel will soon have a follow up. If you haven’t read Unbreakable Love, go get itJ It’s a feel good story and it’s only 2.99 on kindle!
As for the sequel, you’ll be seeing Kate again except all grown up this time and no she won’t be the one with a guardian angel. This time, it’s her husband to be that caught the attention of the heavens.  I can’t wait to write it. I can’t wait to share it with you.  Thanks for stopping by today. You are the best.

Posted by Angela Carling at 2:25 PM